In the beginning around 2016, the idea and purpose behind GCC’s inception was to assist MENA region through capacity building, developing project level MRV and bringing the ecosystem to MENA to operate carbon market instruments on ground. Now with CORSIA and ICROA accreditation of the GCC program, we have launched it globally. GCC program is rapidly growing and we aim to contribute at much higher scale by delivering high-quality and integrity projects in the coming years.

On 28th December 2016, Dr. Yousef Alhorr, Founding Chairman of GORD addressed a conference titled “Sustainable Development" at the prestigious King Abdulaziz University in Jeddah, Saudi Arabia. The conference was organized by Saudi Society of Civil Engineering on the occasion of their 10th Annual Meeting under the patronage of Professor Abdulrahman Obaid Al-Youbi, President of King Abdulaziz University.

During his address, Dr. Yousef Alhorr made a presentation titled “Future Cities in GCC: Lusail City Case Study" in which he explained the environmental challenges faced by GCC countries and the impact of this pollution on the health of its inhabitants. Explaining the sustainability approach undertaken by GORD, he described the development process of the first performance-based sustainability assessment system – GSAS which has been designed specifically keeping in mind the requirements of GCC and the vital role it is performing in the development of sustainable cities in the region. GSAS has been implemented in Lusail City at both Macro and micro levels making it a requirement for all buildings to have a minimum 2 star rating and incentives to encourage private developers to achieve a higher rating up to 5 GSAS stars rating. The city is self-contained, sustainable and comprehensively planned using state-of-the-art smart technologies and a host of mass transit facilities that ensure the inhabitants' comfort as well as saving natural resources and reducing CO2 emissions.

Appreciating the valuable contributions of GORD, Dr. Shaher Zahran Zahran Associate Professor Civil Engineering Department KAU and Chairman of the Society, thanked Dr. Yousef Alhorr for the presentation and commented on the necessity and prospects of GSAS implementation for the future projects in Saudi Arabia.

At the end of the conference, Dr. Yousef Alhorr thanked the hosts of the event and also acknowledged the efforts of Eng. Ibrahim Kutubkhanah, CEO of Jeddah Development and Urban Regeneration Co. for inviting GORD to present at the esteemed forum. The conference was attended by a large number of engineers, students and KAU faculty members who appreciated the presentations and the progressive initiatives in the region. 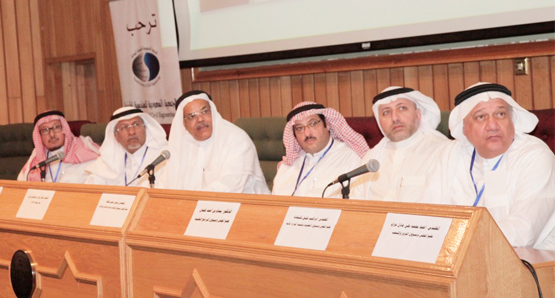